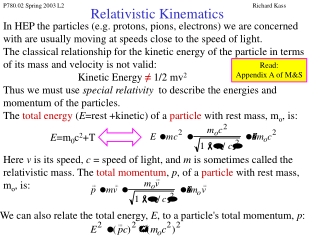 In HEP the particles (e.g. protons, pions, electrons) we are concerned with are usually moving at speeds close to the speed of light. The classical relationship for the kinetic energy of the particle in terms of its mass and velocity is not valid: