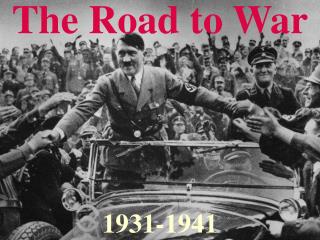 The Road to War The Road to War. 1931-1941. The Rise of Dictators. The world of the 1930s was a very unstable place, due to economic crisis and a slow recovery from WWI

The Road to War

Gradients - . gradient of a road. the gradient shows the steepness of the roads. on some inclined roads, we may find road

Aboud - . aboud. two thousand two hundred people live in aboud. 900 of them are christian, the rest are muslim. below the