Things to do in Tampa - PowerPoint PPT Presentation 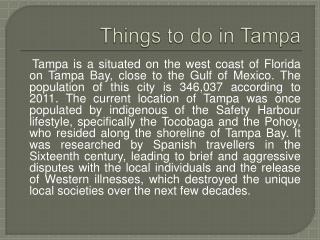 Things to do in Tampa Get information about Tampa city and things to do when visit to Tampa.

Things to do in Tampa

Tampa FAASTeam - . welcome our presentation the “ a a a ” of aviation a irspace - atc - a ttitude. tampa faasteam.