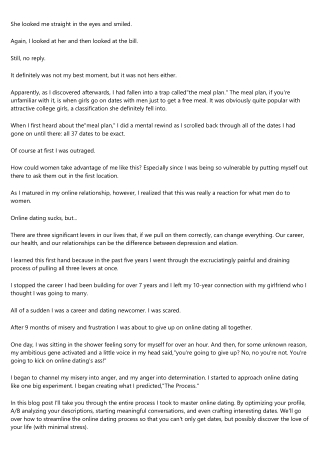 Perhaps among the most crucial pieces of the online dating mystery that I see guys screw up again and again is timing. Assuming the man is the one forcing the dating sequence (which is not necessarily the case) there are some questions you need to ask: When should you ask her to go on a date? How long should you wait between date 1 and date 2?
Here I'll share my answers to these questions that I've found most useful. But again, depending on your context, your culture, and your comfort your answers may vary. I will share my experience (as a heterosexual male living in San Francisco) and you