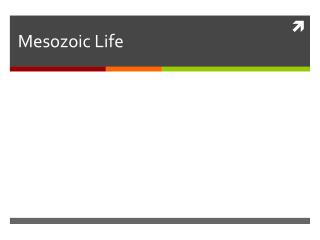 Mesozoic Life . Plant life. Plant life changed drastically as the cool climate of the Paleozoic ended during the Mesozoic. As the climate warmed, the large swamps drained. During the Jurassic ginkgos, pine trees and other conifers. Flowering plants appeared during the cretaceous. Fossils . Unifying Characteristics of Life - . order - the smallest unit of life is the cell; all living things have complex

Paul Edwards: The Meaning And Value of Life - . what is the role of theism in answering questions about the meaning of