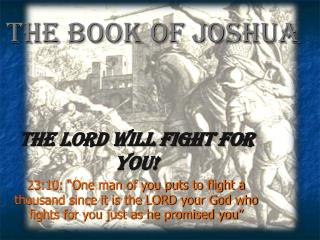 The Book of Joshua The Book of Joshua. The Lord will fight for you! 23:10: “One man of you puts to flight a thousand since it is the LORD your God who fights for you just as he promised you”. INTRODUCTION. The HISTORICAL SETTING Historical Scope: about 20 years As the book of Joshua begins:

The Book of Joshua

The Book of Zephaniah - Judgment day is coming!. the book of zephaniah. date: 640bc author: zephaniah, prince of judah