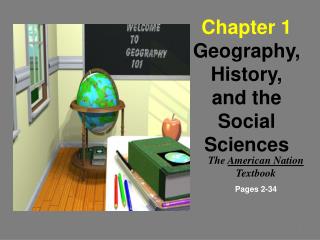 Chapter 1 Geography, History, and the Social Sciences. The American Nation Textbook Pages 2-34. Thinking Geography To understand the issues around the world and how the change your life we first need to understand geography. What do you think geography is? Why study geography?.

Since Pages 142 to 151 of the text are rather difficult to read, - The following is a presentation of…. an alternate

Chapter 5 - . money and the federal reserve. these slides supplement the textbook, but should not replace reading the

More on Rankings - . query-independent lar. have an a-priori ordering of the web pages q : set of pages that contain the