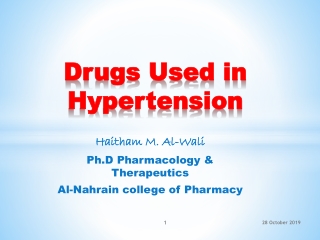 Treatment of Hypertension - . based on the seventh report of the joint national committee on prevention, detection

Hypertensive Emergency &amp; Urgency - . treat the patient! (not the bp reading and not the nurses). introduction.

A n update in the management of Hypertensive Emergency In Patients with Acute Heart Failure - . yerizal karani. acute

Case Based Presentation: Hypertension in the ICU - . by noemie chessex and colleagues ubc . case. a 19-year-old man