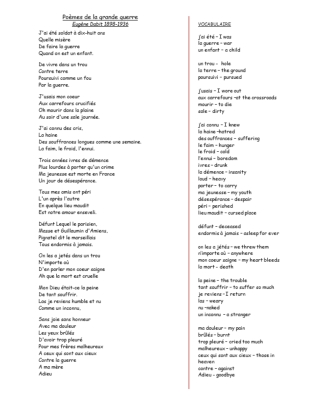 Read the poem by Eugène Dabit – a French writer who served in the French army in the trenches between 1916 and 1919 including being part of the occupying army in Germany at the end of the war. What do you think about the poem we have read? How does it make you feel?