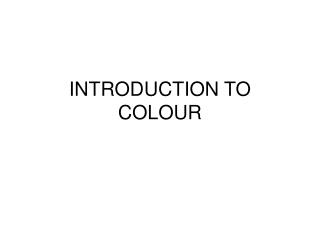 Chemical Ideas 6.7 - . where does colour come from?. 25 questions to see what you’ve remembered. more about the colour

A chess puzzle - . 9 queens and 1 king of each colour no piece on the same line as a queen of the opposite colour

English Language - . section a. audience. key aspects that would have been chosen to appeal to the target market:

My shoe colour navy blue and white boys and girls can wear this colour its unisex. - This shoes is more of a street shoes