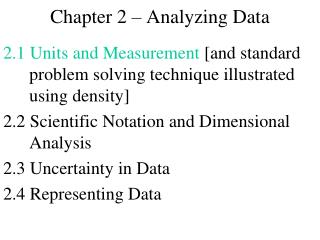 Chapter 15 Quantifying Data - . coding. computers must be able to read the data you’ve collected in your research that

Data Description - Chapter 3. data description. through this chapter you will learn measure of central tendency measure

Chapter 10 Analyzing the Association Between Categorical Variables - . learn …. how to detect and describe