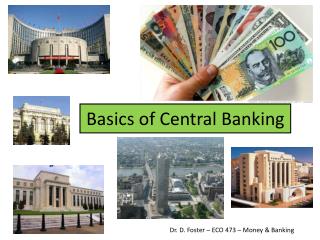 Basics of Banking - . before we explore the main role of banks—that is, asset transformation—it is helpful to

CENTRAL BANKING - . central bank. it is an apex institution of the monetary and banking structure of a country. a central

Banking BASICS - A. welcome to. banking basics. you can bank on it. © 2011. money wi$e. a consumer action and capital

Banking Basics! - . why the bank? . banks and credit unions are safe and convenient places to keep your money. most

Banking Basics - . savings. how to do your banking. chapter 3: saving will put you in the driver’s seat. how to save.

BANKING BASICS - . bank. a bank is a financial intermediary which allocates funds from the savers to the borrowers. 3

Banking Basics - . credit. how to do your banking. chapter 6: a good credit rating sets wheels in motion. credit graphic

BANKING: HISTORY and CENTRAL BANKING - . presentation by sanju thakur. banking in normal parlance. an institution that

The Instruments of Central Banking - . chapter 19. introduction. bank lending and money supply are related by some