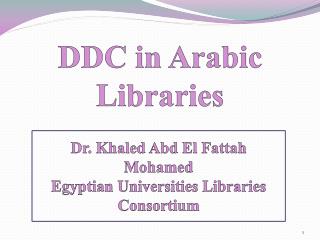 DDC in Scandinavia : exploring new translation models of the DDC - . presentation at dewey goes europe : on the use and

OmniPulse™ DDC - . magnetek training. omnipulse™ ddc training. the objective of this training is to familiarize

Arabic - . language of the half term. places where arabic is spoken around the world. map of the country arabic

Role of Arabic Translation Services in Translating Arabic - In this era of globalization, startups, small businesses, and

Arabic in 7 minutes - . an introduction and quick lesson. arabic:. reach of arabic in the muslim world development of

Introducing yourself in Arabic - . lesson objectives. in this lesson we will learn: different forms of greetings t o say