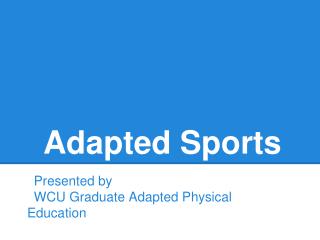 Disability in sport - . understand types of disability which exist. consider measures taken to increase participation by

The Origin of Sport - . kyle. sport and spectacle (pp. 23-5). sports are a human universal, appearing in every culture,

From 'Sport for Good' to 'Sport for Sport's Sake': Reversing into the Past - . mike collins, visiting professor , u of

Adapted Physical Education - . definitions, history and legislation for change. quote of the day. individuals with