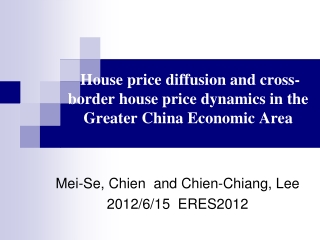 House price vs. size - . we previously examined this scatterplot to explore the association between house price and size

Solving the House Price Problem in 10 Minutes! - . with special reference to the role of the three levels of government.

Check For Value And Price Of House - If someone is shopping for a house and can pay for to purchase one, they couldn’t