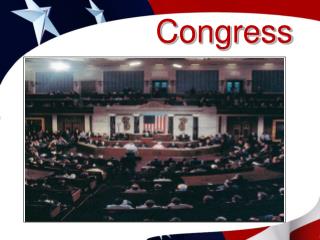 Congress. Who they are. Occupation (111 th Congress ‘09-’10) 269 members (227 Representatives, two Delegates, and 40 Senators) served in state or territorial legislatures 214 members (182 Representatives and 33 Senators) list their occupation as public service/politics