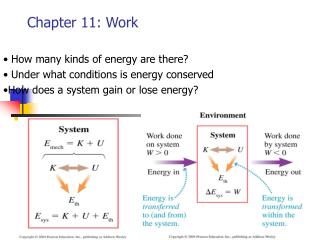 Chapter 11 Work - . chapter goal: to develop a more complete understanding of energy and its conservation. slide 11-2.

Chapter 11 Work Backwards - . with most other strategies, you work forward through the information in a problem. in some

Chapter 11: The Economy, and Work - . why study economy or work?. an economy deals not only with money but also with the

Bell Work 11/18/11 - . name three text features we discussed yesterday. explain what each feature is and why we use it.

Work in the 21 st Century Chapter 11 - . fairness and diversity in the workplace. module 11.1: fairness. justice