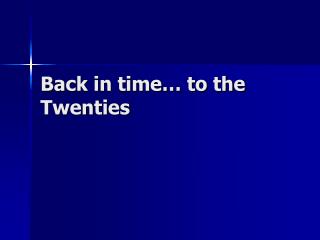 Crime and Punishment Through Time - . revision resource. click on the the icons below. flash cards. mind maps. themes.

Back P ain - . the back pain. if you've ever groaned, &quot;oh, my aching back!&quot;, you are not alone. back

Its time for the Citizens to take Blackwell Back!

Low Back Pain - . anca popescu, md. trivia. low back pain affects at least 80% of the general population at some point in