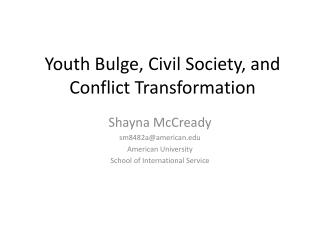 Global Civil Society - Transnational advocacy groups the puzzle in a globalizing world, are transnational groups -- from

Civil Society - . space to act and way of contact. modern complexity: happiness is dangerous. living in the modern civil

Civil society - . definition a sphere of associational activity outside the state and beyond the family. examples “

bulge - . definition: to swell out; to jut out from the passage: “ ‘ and the river said the same,’ the bather said