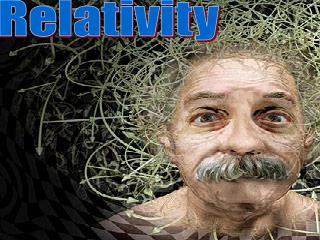 Relativity. Of light and time…. Light takes a certain amount of time to travel from an object/ event to us…. The further away something is, the greater that amount of time is Sooo … We look at stars…. We see the past. Light year ( ly ) - distance that light travels in a year Relativity - . historical development. 1600s newton discovered his laws of mechanics applied to a wide variety of

Relativity - . of light and time…. light takes a certain amount of time to travel from an object/ event to us…. the

Relativity - . twinkle, twinkle little star how i wonder where you are “1.75 seconds of arc from where i seem to be

Relativity - . h4: some consequences of special relativity. twin paradox. an interesting and amusing result predicted by

RELATIVITY - . topics to be discussed. limitations of newton’s laws of motion einstein special theory of relativity