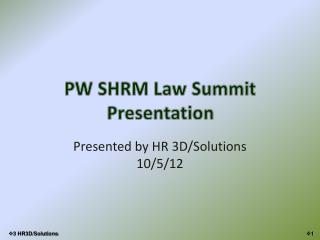 PW SHRM Law Summit Presentation. Presented by HR 3D/Solutions 10/5/12. What we will cover. 2013 Merit increase forecast data increase by performance level promotion % increase by category How to use a merit increase matrix The cost of turnover Looking back from 2008

Digital Health and Wellness - . by: shaun duniver and josh grenig. opening scene. shaun standing in a computer lab and

warwick.ac.uk/accommodation - We will be starting in a few minutes and the talk will last approximately 20 minutes.

Inside the G20 summit - Scenes from the g20 summit in hamburg,