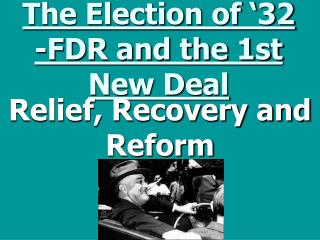 THE NEW DEAL - . america gets back to work. ppt taken from http://