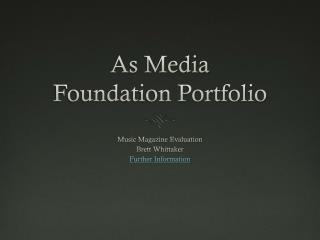 BCG Matrix – A Business Portfolio Tool - . by: shruti gupta. what is business portfolio?. methods of portfolio

Professional Portfolio - . north central college education department. what is a professional portfolio?. a collection of

E-Portfolio Background - . e-portfolio defined. a collection of electronic evidence assembled and managed by a user,

Bird-Dogging as a Political Tactic: The 2016 Election - . students for a national health program political advocacy team