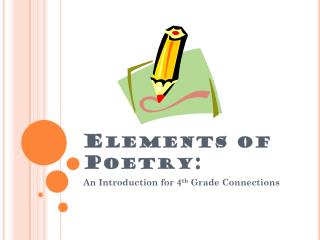 Understanding Poetry - . norwood public schools. what is poetry?. in poetry the sound and meaning of words are combined

The Great Huge Seemingly Ever Growing Poetry Overview - . notes slide’s information; what do i need to write down? the