This Is Halloween - PowerPoint PPT Presentation 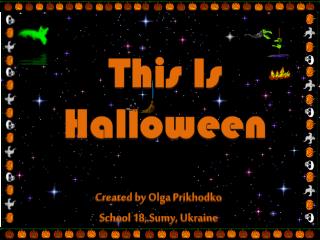 This Is Halloween. Created by Olga Prikhodko School 18, Sumy, Ukraine.

Masking the candidates - There’s no masking the facts, one chinese factory is expecting donald trump to beat his likely

Halloween for the dogs

Besides Christmas, what two holidays generate the most money in this country? - . halloween and valentine’s day. which

Cheap Halloween Contacts - ( https://www.magicangeleyes.com/product/fire-angel-cheap-halloween-contacts/ ) are one of