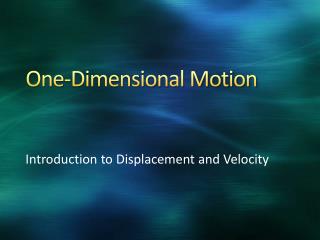 Relative Motion - . frames of reference. object or point from which motion is determined most common is the earth motion

FORCES AND THE LAWS OF MOTION - . chapter 4. changes in motion. tlwbat: explain how force affects the motion of an

BROWNIAN MOTION A tutorial - . krzysztof burdzy university of washington. a paradox. (*) is maximized by f(t) = 0,