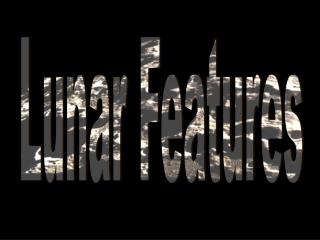 Lunar Features. Formation. Maria vs. Highlands. Maria is Latin for “seas”. These areas appear dark and have smooth relatively crater free surfaces. They represent the low lying areas that have been filled in with lava (basalt). Highlands are literally higher than the surrounding maria.