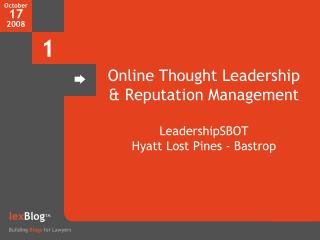 Online Reputation Management: Owning the Message - Online reputation management is not about trying to

Welcome To: - . bringing out the leader in you instructor’s guide revised: 1/04/04. workshop overview . definition of