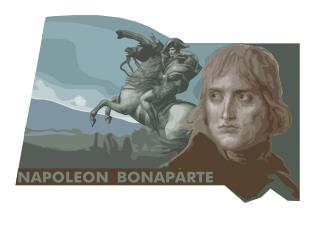 Napoleon Bonaparte Background: born in 1769 to lesser nobles in Corsica, French artillery officer at first favored the REV and a fiery Jacobin, during Thermidorian Reaction his defense of the new regime won him a command in Italy. By 1795, French arms/diplomacy shattered the 1st Coalition

Feudalism and the Manorial System - . feudalism. europe after the fall of the roman empire turned to a system of small

Summary of Media Coverage - A journalist is a grumbler, a censurer, a giver of advice, a regent of sovereigns, a tutor of

The Rosetta Stone - . found in 1799 near the town of rosetta ( rashid in arabic) by french engineers during napoleon's