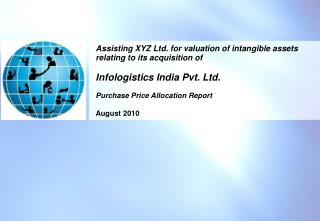 Long-Lived Assets and Depreciation - . chapter 8. learning objectives. after studying this chapter, you should be able to

IAS 36 Impairment of Assets - . submitted by – mukesh thakur. what is impairment. impairment is diminution in the value

Lincoln Electric - . team. what is the best way to enter india?. b y acquisition b y joint venture b uilding a new plant

Stock Valuation - . one period valuation model. to value a stock, you first find the present discounted value of the

This Acquisition Learning Seminar is sponsored by the Federal Acquisition Institute - . the primary organization