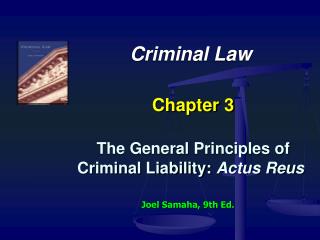 Chapter 12 Torts and Cyber Torts - . introduction. an injury can involve both civil (tort) and criminal liability. in a

CRIMINAL LAW - . http://www.lawyers.ca/statutes/criminal_code_of_canada_assault.htm. what is a crime?.

Promoting Success: How to Help a Job Seeker with a Criminal Record - . center for community alternatives. program goals:.

FINGERPRINTS - . chapter 14. students will be able to:. describe the formation of a fingerprint. discuss the history of