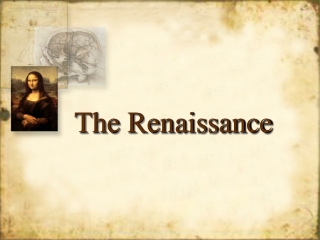 The Renaissance. What was the Renaissance?. Period following the middle ages (1400-1600) “Rebirth” of classical Greece and Rome Began in Italy Moved to northern Europe. Causes of the Renaissance. Lessening of feudalism Church disrespected Nobility in chaos