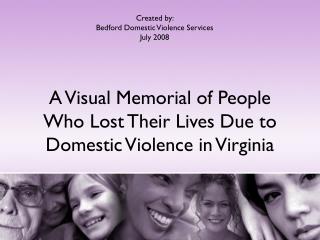 People and their lives - . peter pavelka v.fa. rafael nadal. he was born 3rd june 1986 he is a spanish

People Risk Their Lives Everyday - . by: roselena bressler . dedication . i dedicate this to my teachers and my mother

Become a Domestic Violence Lawyer and Start Saving Lives! - If right now you ask any person what home means, he/she might

Domestic Violence - . “you swore you’d never hit’em, never do nothing to hurt’em now you’re in each others face

Domestic Violence - . a historical look at why it happens today by erica arpin. what do boston teens think about

Domestic Violence - . by kyle ward and tori defarias. who is affected by domestic

Domestic Violence - . by shirley, robert, melyssa we are doing this because in social studies this is part of our

Domestic violence - . dfn: violence between family members or between men and women in intimate relationships how common?

Domestic Violence - . changing the lives of families across the united states by michelle guy. what is domestic