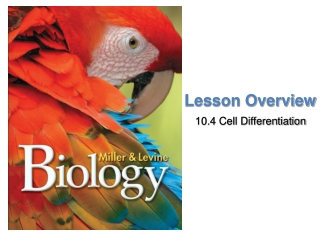 Lesson Overview. 10.4 Cell Differentiation. THINK ABOUT IT. The human body contains hundreds of different cell types, and every one of them develops from the single cell that starts the process. How do the cells get to be so different from each other?. From One Cell to Many.