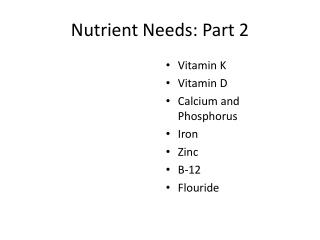 Need of Nutrition for Healthy Body - To carry a good health, you need to have a balanced diet. to function properly our