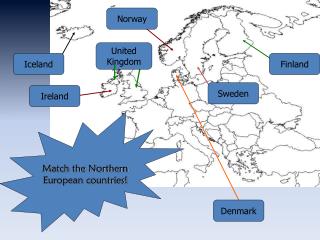 Norway. United Kingdom. Iceland. Finland. Sweden. Ireland. Match the Northern European countries!. Denmark. Physical Geography: Europe. A continent of peninsulas and islands. What is a Peninsula?. Europe is composed of many peninsulas The European Union (EU) - The world’s strongest supranational organization what is it? the european union (eu) is a

The European Convention on Human Rights in the Northern Ireland Courts - . karen quinlivan. “in law context is

The Age of Imperialism - . the conquerers and the conquered. european countries had become rich and powerful because of

IMMIGRATION INTO THE EUROPEAN UNION FROM THE THIRD COUNTRIES - . “flexibility in a transnational and transitional

European Countries “FES” up to Exploring - . standard. ss8h1 the student will evaluate the development of native