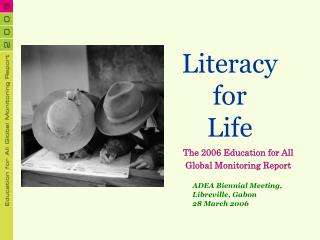 Literacy for Life. The 2006 Education for All Global Monitoring Report. ADEA Biennial Meeting, Libreville, Gabon 28 March 2006. Why literacy?. Literacy is a right Literacy is a foundation for all further learning Literacy carries profound individual and social benefits

This power point presentation talks about the principle of natural consequences for effective parenting. - This power

Countries of the World - . michael stephen btt20 mrs. van biljouw. why these countries?. i have chosen canada, greenland,