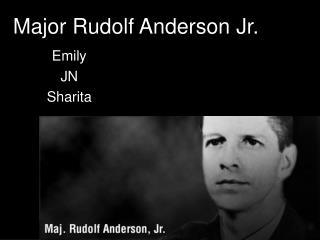 Major Rudolf Anderson Jr. Emily JN Sharita. Education. Rudolf Anderson graduated from Greenville High in 1944. He went on to Clemson University, and graduated in 1948 with a textile degree. While at Clemson, he served in the Air Force ROTC.

The PhD at Clemson - . educational leadership. what is a phd?. the phd is a scholarly degree students enrolled in this

Warm-Up – 1/8 – 10 minutes - . utilizing your notes and past knowledge answer the following questions: what is the