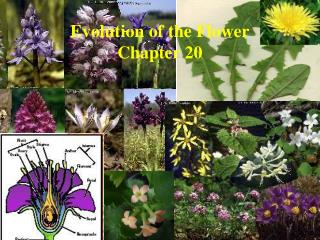 Evolution of the Flower Chapter 20

Evolution of the Flower Chapter 20

Mechanisms of Evolution - . cscope unit:09 lesson: 01. evolution. the theory of evolution describes the slow change in

Chapter 10 Co-Evolution - . co-evolution involves the joint evolution of two or more species as a consequence of their