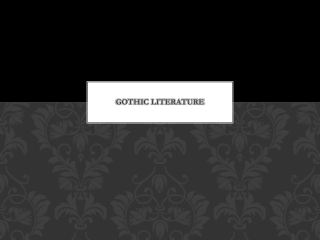 Gothic Literature. Romanticism. The predominance of imagination over reason and formal rules Primitivism Belief that primitive cultures are superior to modern cultures Love of nature An interest in the past Mysticism Belief in a reality passing normal human understanding