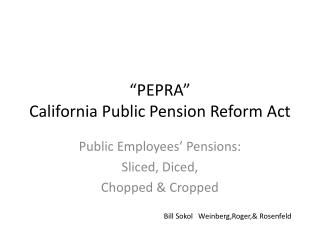 Mortality Improvement: Trends and Implications for Pension Plans - . a resource guide for pension actuaries sponsored by

State Benefits - . too important to leave to chance!. things to consider – the context. impact on your budgeting when