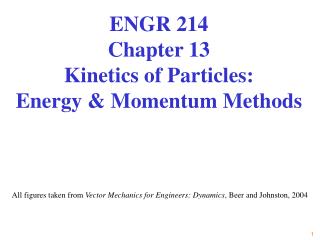 All figures taken from Vector Mechanics for Engineers: Dynamics , Beer and Johnston, 2004

All figures taken from Vector Mechanics for Engineers: Dynamics , Beer and Johnston, 2004 Position and Displacement - . if we want to locate a point in space we can use a position vector that extends from a

How Far? Distance and Displacement Jan 10 – Jan 17 - . physical science. do now (worth tribal points). grab a

Distance and Displacement - . chapter 11.1. key concepts and vocabulary. key concepts: what is needed to describe motion

Forging new generations of engineers - . vector calculations. vectors. a force is often shown as a vector. a force that

Pharos University ME 253 Fluid Mechanics 2 - . revision for mid-term exam dr. a. shibl. streamlines. a streamline is a