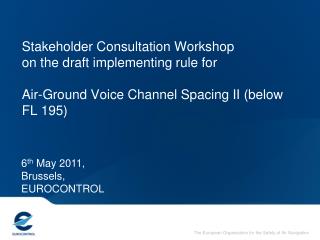 Preparing for 2011 – Where are we and where are we going - . cathie biga president/ceo cardiovascular management of

Brussels, 12 may 2011 - Survey on the use of microblogs - twitter- in the spanish congress. parliaments on the net ix

CIMO-TECO Brussels, Oct 16 th , 2012 - Wmo intercomparison of instruments and methods for the measurement of solid

EUROCONTROL - . accession of the european community and the single european sky. dr gerard stadler director of the

Introduction to STOA-Workshop at the European Parliament Brussels, 26 May 2011 - Can political communication via the