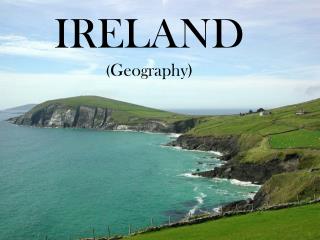 IRELAND ( Geography). -Ireland is an island country divided in 4 provinces situated in Northwest Europe. -It has been a member of the European Union since 1973. -The population of the Republic of Ireland is 3.5 million, which is similar to that of Los Angeles.