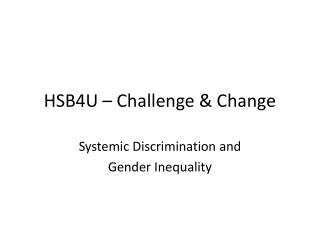 “Step It Out At Work” Challenge Walking …. for fun &amp; for all! - . brief overview. background concept aim of

GETTING IT RIGHT - . 21 st century fluency project. facing the great challenge. as educators we are facing, in this new

The Challenge of Change… … - . the challenge isn’t getting new ideas into our heads…. it’s getting the old

How to Challenge your Agenda for Change Outcome - . guidance on the job evaluation review process. you will need. the job

The Climate Change Challenge for Agriculture - . at issue is how the world will manage its carbon and nitrogen stocks

The Challenge of Change and Becoming a Change Leader - . presented by prakai cholahan 3 may 2012. fabc standard seminar