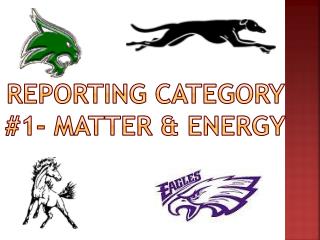 STATES OF MATTER - . intermolecular forces of attraction. kinetic molecular theory. all matter is composed of atoms that

NON RENEWABLE ENERGY - . oil natural gas coal nuclear. energy. the ability to move matter around. that something which is

Oxidation to Release… - Cellular respiration. oxidation to release…. energy. matter is recycled energy is not

States of Matter - . kinetic molecular theory. particles are always in motion. temperature is a measure of average

Chapter 1 - . introduction: some basic concepts. welcome to the world of chemistry. chemistry. the study of matter –

CHAPTER - 1 MATTER IN OUR SURROUNDINGS - 1a) matter :-. matter is anything which occupies space and has mass. b)