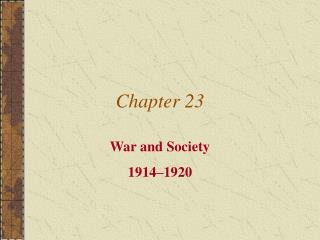 Chapter 23. War and Society 1914–1920. How and why did World War I began? Evaluate and discuss President Wilson’s decision to enter the war in 1917. Why World War I was considered a “total war”. How he war affected economic affairs and social relationships in America?