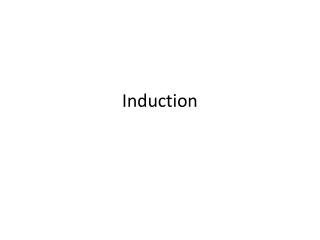 Magnetism and Induction - . ncea as 3.6 text chapters: 15,16,17. electromagnetism. fields are formed around current

Induction - . what is good evidence?. you are studying emerald samples from all over the world for your geology

Placement, Induction and Socialization - . placement. placement involves assigning jobs to the selected candidates it is

AES TRAIN CLEANING INDUCTION - . welcome to aes. aes began operations in 1980 and is a leader in the cleaning industry,