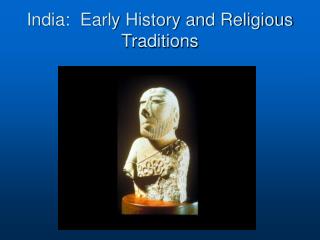 India: Early History and Religious Traditions. What did the early complex societies of India and China share in common?. What are some differences between early Indian and Chinese societies?. India - “gift of the Indus”. Northern India: Indus valley Southern India: The Deccan.

A Brief History of the US - . once the religious, the hunted and weary chasing the promise of freedom and hope came to