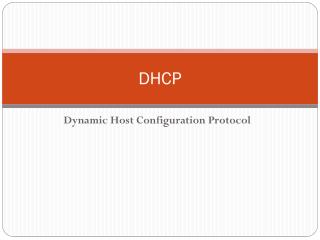 DHCP - . dhcp. dynamic host configuration protocol does not require an administrator to add an entry for a computer into